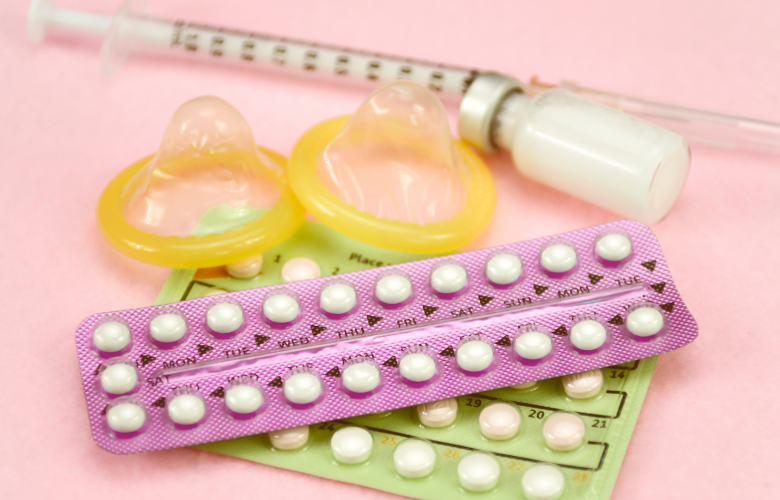 Contraceptives help men and women avoid pregnancy and are sometimes called birth control. There are many contraceptives to choose from; some are those that men can use and some that women can only use. Some are prescription-only, while others can be bought over the counter.

There are different types of contraceptives, including condoms, birth control pills, implantable devices like the contraceptive IUD, hormone replacement therapy, and even spermicidal foam.

As there are different types, the two main types of contraceptives are hormonal contraceptives, like birth control pills, and barrier methods, like condoms, spermicides, and diaphragms.

Depending on the method you choose, you may need to take periodic medical exams and pregnancy tests. Before you can get birth control, you’ll need a physical exam, including Pap tests and counseling.

Many women face a confusing array of options when it comes to choosing contraception. While birth control pills, the birth control patch, and hormonal IUDs are fairly standard options, there are other birth control options that women may prefer.

Some of the most effective types of birth control involve up to 12 different steps, and while in concept, they are effective, and they’ve involved significant products that women had to take on a daily or monthly basis.

Contraceptives, although often necessary, are notoriously painful, as anyone who’s had a shot can attest. But it’s also important to remember that the chemicals in birth control—the estrogen and progestin—that cause all of that pain. And infertility complications after childbirth? Contraceptives can cause that too.

Every woman uses contraceptives at some point in her life, whether hormonal, condoms, or IUDs. But many of us don’t ever think about the negative side effects, such as depression, that we experience. But one woman did, and while her methods were unconventional, they helped overcome her depression and brought her life back from the brink.

When you’re in high school, you go through the initial rite of passage of getting your period. Afterward, you hopefully remember a time when there was nothing more uncomfortable than your monthly visitor.

During the times when I was younger, I would use contraceptives a lot, and even though they helped me avoid getting pregnant, I would experience some negative side effects that it carried.

I survived a pregnancy in 2017, which normally wouldn’t have been extraordinary since about 10% of women in the United States experience reproductive issues each year. But for me, it wasn’t about surviving; it was about how I did it.

After my first two pregnancies, which nearly ended in miscarriage, I was no longer afraid of ending up with a baby that I couldn’t care for. I had learned about fertility treatments for women and was willing to try almost anything to conceive and carry a healthy baby to term. After my successful 2017 pregnancy, I now feel educated and confident about my right to reproductive choices.

Some people experience side effects such as nausea, vomiting, headaches, weight gain, spotting, headaches, migraines, and even blood clots. And the introduction of the Pill in 1960 has introduced thousands of women to the birth control pill. While this can be incredibly beneficial, it has had negative effects, too. So, before going down this route, it is important that you do as much research as possible, so you are able to make an informed decision.

This site uses Akismet to reduce spam. Learn how your comment data is processed.